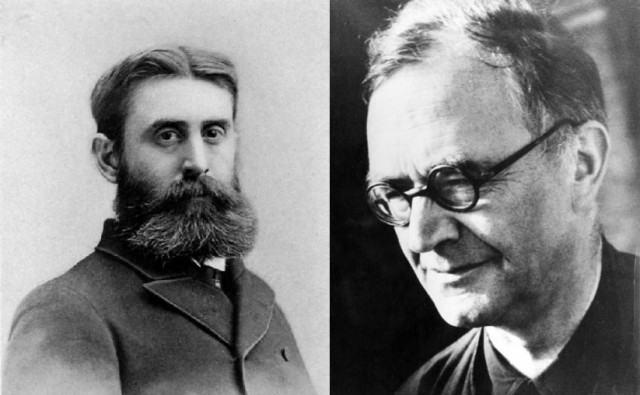 “What are you studying?” or some variation of this question is something I am asked fairly often. I wish I had a better response than “I don’t know” or “if I could tell you in two minutes, I wouldn’t need to write a dissertation.” While both responses have an element of truth to them, neither answer is helpful for the person asking. So in an effort to help friends, family, colleagues, and innocent by-standers understand more of what I’m giving the better part of three years to, here’s my attempt at a brief account.

First, I’m pursuing a doctorate in Systematic Theology. I know that for many, neither the word ‘systematic’ nor its counterpart ‘theology’ does much to stoke your passions, or even your curiosity. Understandably so. However, I would argue that all of us ‘do’ theology, and to a greater or lesser extent we do so systematically. Perhaps if you replace the prosaic sounding terms with ‘organized beliefs’ then maybe you’ll begin to see that this is something that all of us do. Not that organized beliefs is much of an improvement. Anyway, Systematic Theology is a discipline that is distinct from Biblical Studies, or Church History, or Practical Theology, or Biblical Theology, and so on. It is unfortunate that the turf is marked out in this way, but it isn’t entirely unjustified. In other fields of study, we are happy to have various specializations. We like that there are heart doctors and brain surgeons and psychiatrists, and that they all carry out their narrowly prescribed thing well. Or that there are electrical engineers, civil engineers, mechanical engineers… you get it.

Within the field of Systematic Theology, I am looking more specifically at the Doctrine of Scripture. Generally speaking, most of us hold certain understandings about what kind of book the Bible is. Is it inspired? Are certain parts more relevant for people than others? Does it contain errors? What kind of role is it meant to have in a person’s/church’s life? For Christians, what we believe about Scripture is one of the most fundamental doctrines upon which the rest of our theologizing is built. It is the book that in one way or another communicates who God is, his activity in the world, and how we are meant to live in light of that. There are maybe one or two other doctrines that have a more far reaching impact on our understanding of God and faith, but this one is way up there. The inherent significance of this particular doctrine may explain why there seems to be perennial interest in the topic. As a case in point, Rob Bell has been tumbling his way though some kind of answer to this question. And in characteristic ‘robelling’ (its a word, look it up) fashion, he’s promoting a fairly healthy conversation, and his reflections are mostly good. Nothing earth-shattering, but good. Or at least thought-provoking.

So back to my project. In thinking through what the Bible is, two theologians in particular have exerted considerable influence on Christian understandings of the Bible. One guy is Benjamin Warfield. He was an American Princeton theologian who lived during the late 19th/early 20th century. He is most famous for his vigorous defense of the authority of Scripture against various secularizing impulses in the Academy and the Church. It was Warfield who popularized the term ‘inerrancy’ that many (mostly American) church’s and religious organizations have in their statements of faith. The phrase ‘Bible-believing’ also probably has some pretty organic links to the kind of thing Warfield was trying to promote.

And then I’ll be looking at another fella named Karl Barth. I gave a bit of background on him in my last post. When I tell people that I’m interested in Barth’s doctrine of Scripture, I sometimes get a raised eyebrow. Some of my friends are a little suspicious of Barth, precisely because he isn’t fond of the term ‘inerrancy.’ However, to suggest that Barth didn’t hold an extremely high view of the authority of Scripture because he didn’t affirm inerrancy simply reveals that Barth hasn’t been read. In fact, I think one could make a pretty strong case that Barth understood the authority of Scripture in a way that has more weight than many within ‘Bible-believing’ churches today. I realize that for most, it is impossible to hold together a high view of Scripture without also affirming inerrancy, but theology can be complicated. Now there are aspects of what he believes concerning the Bible that deserve some critical evaluation, but whether or not he placed a high value on the scriptures is undeniable. Ok, I realize that I haven’t really told you what Barth believes about Scripture, but that is what justifies a thesis length treatment.

So that’s more than most care to know, but less than others might want. In summary, I’m basically looking at the doctrine of Scripture through the lenses of two paradigm-defining theologians and trying to make some good sense out of the two. This doesn’t even touch what Jesus, Paul, Moses, David, or Isaiah believed about the sacred writings. Some people might go out on a limb and suggest that their beliefs matter too.

In case you’re wondering, I’m the life of the party.