I consider myself to be an average reader.  I read more books than some and less than others.  The ones that I tend to gravitate towards usually have something to do with God, the church, theology and sometimes all the above.  Right now, I’m in the middle of four books and each one is a worthwhile read.  So I thought I would share them with you. 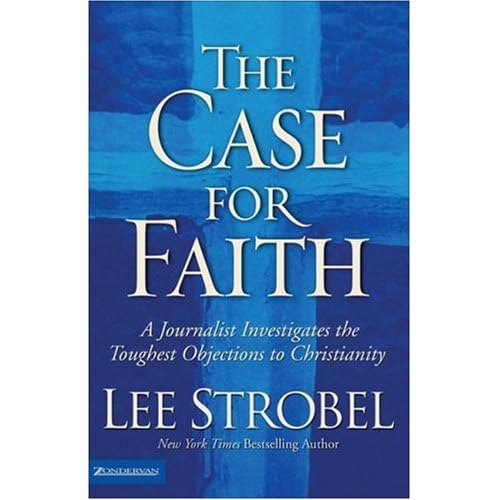 The Case for Faith by Lee Strobel is one that I am reading with students.  It is basically a straight forward apologetic for the Christian faith, but written in a slightly more engaging style than your average apologetics.  Strobel (a former journalist) takes to the road and interviews various experts on the big objections people have to Christianity.  So it has the feel of a narrative while providing some solid answers to questions.  Over time, I’ve been less and less compelled by the modernist approach to defending the faith (I tend to see apologetics as being more helpful for the already convinced than the skeptic), but there are some worthwhile observations here.  What I’ve loved most is that the students (and not a few adults) seem to be really engaged by it.  If you need a reminder that Christian faith actually stands up to reason, then you might find this relatively easy read helpful. I meet with a group of men on Monday mornings, and the book we are wading through right now is a collaboration between Richard Foster and Gayle Beebe entitled Longing for God: Seven Paths of Christian Devotion.  This one was something of a surprise.  Judging both by the cover (which of course we should never do) and by the title, I was thinking this was going to be of the more “touchy-feely” variety.  Well, it’s not.  The strategy of the book is to look back on the history of the church and highlight the contributions various saints have made to Christian spirituality.  It is something of a unique book in that it doesn’t read like a popular treatment of these men and women, nor it read like a college text.  It finds the happy middle-ground of helpful summary, critique, and application.  If you find yourself woefully ignorant of the major figures in church history (and let’s be honest, most of us are), then this serves as a wonderful introduction to and distillation of their thought and practice.

N. T. Wright is a name that I’ve mentioned maybe once or a hundred times around here.  By all accounts, Wright is one of the most influential New Testament scholars alive today.  He is strongest when he is shedding light on first-century Jewish beliefs and practices and how that impacts our understanding of Jesus and the communities from which the New Testament emerged.  He is about half way through an extraordinarily ambitious multi-volume New Testament theology.  However, one of the things I appreciate about Wright is that he takes nearly all of his scholarly work and attempts to make it accessible to a broader audience.  Such is the case with Surprised by Hope.  It is a more readable version of The Resurrection of the Son of God in which Wright ever so slowly wades through what the New Testament teaches about life after death, life after life after death, and so on.  Not the first book I would pick up by Wright, but it wouldn’t be the worst introduction to his thinking either. 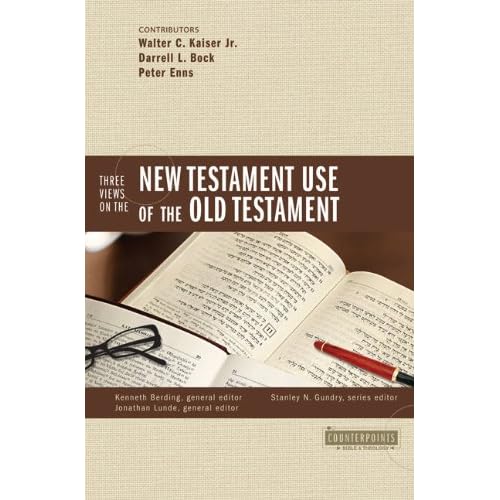 This one is called Three Views on the New Testament Use of the Old Testament, and to borrow a phrase from the students I work with “that’s my jam.”  This book is one of a series of books in the Counterpoints Series.  The idea is simple enough.  Take a biblical subject that has a variety of views (and what biblical subject doesn’t?) and let a leading proponent of each view take a whack at it – and then a whack at each other.  It is as close as one comes to a theological cage match.  Anyway, the Old Testament in the New is something with which I have more than a passing familiarity, and this volume lays out the issues and the options with great clarity.  On a side note, I realize that this topic is probably intensely boring to 99.99% of Christ-followers, but I could make a pretty strong case for it being one of the key building blocks for our understanding of what the Scriptures are and the authority they are supposed to have in our lives.

Alright, so there it is.  If you have read or later read any of these books, I would love to hear your thoughts about them.

One Reply to “currently reading”