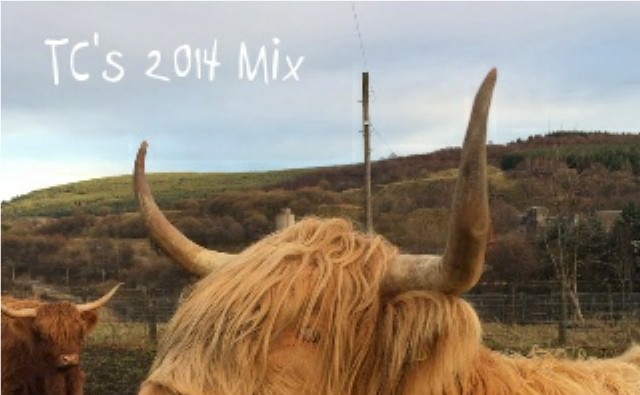 Twenty-fourteen is nearly in the books, so you know what that means. A pile of music that you probably won’t get around to listening to. Anyway, the goods are up and ready to be shared. Hit the magic HYPERLINK and a few minutes later you’ll have nineteen songs collected for you listening enjoyment.

I didn’t manage to pull together any liner notes this year. I’ll leave it to you to speculate why any particular song made the cut. Usually, the answer is no more complicated than I liked it. My sense is that there is a little something in here for everybody, but no doubt my sad-bastard tendencies shine through. 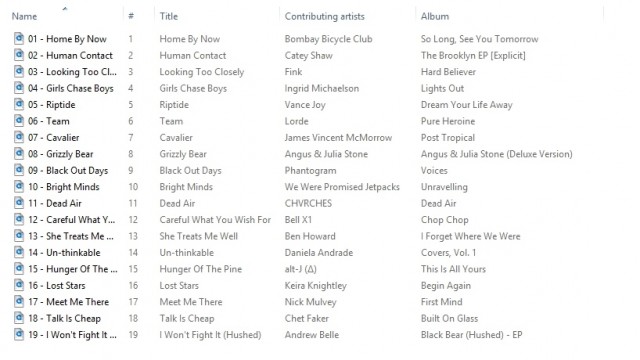 Let me know if you have come across any music that you really enjoyed from 2014.

It has been a while since I’ve done a round-up of discoveries, so here goes…

1) I have no idea what I was listening to in 2010, but it should have been this. Thank you Spotify for this recommendation. I will probably be listening to Angus and Julia for an entire month now.

2) “Simon” has been looking forward to seeing The Lego Movie for months. I had no idea Tegan and Sara had it in them. “Everything is cool when you’re part of a team!”

4) And we’ll round things out with a quote from this Swiss guy who is becoming like a best friend.

No one has read the Bible only with his own eyes and no one should. The only question is what interpreters we allow and in what order we let them speak. It is a pure superstition that the systematizing of a so-called historico-critical theology has as such a greater affinity to holy scripture itself and has therefore in some sense to be heard before the Apostles’ Creed or the Heidelberg Catechism as a more convincing exposition of the biblical witness. What we have there is simply a commentary of a theology, if not a mythology. 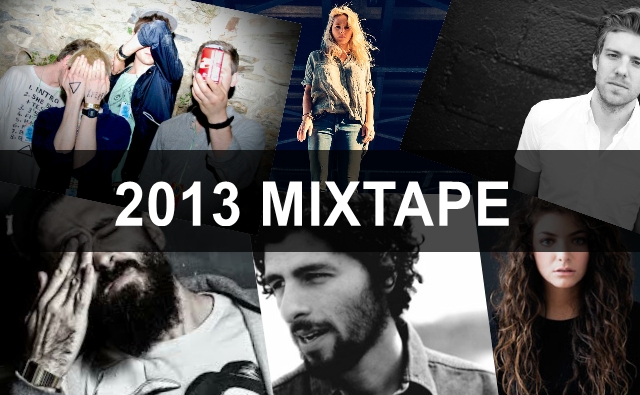 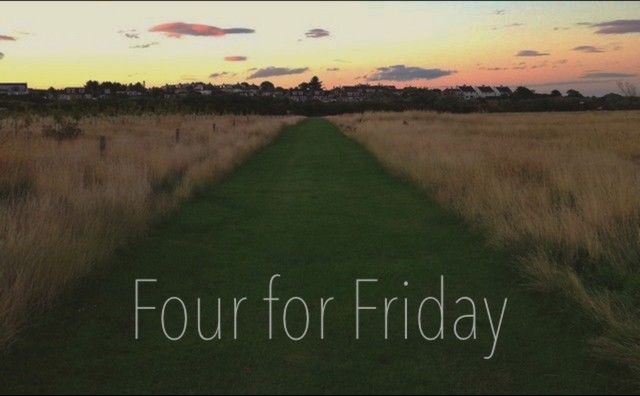 Once upon a time, I used to listen to music and post some of my favorite finds on this blog. That was before I decided to completely turn my life upside-down. Hopefully, returning to Four for Friday is a sign that things are making a move towards normal. Remember, sharing is caring.

Benjamin Francis Leftwich- Midnight City (M83 Cover) // We could make this an all BFL post, but I’ll refrain.

Amos Lee – Chill in the Air // This song has some pretty hard country leanings. But since it is Amos Lee, I guess we’ll let it slide.

Matisyahu – Sunshine (Acoustic) // If you don’t love when Matis starts beat-boxing, you are dead to me.

Hopefully, Four for Friday will at least become a monthly installment here. 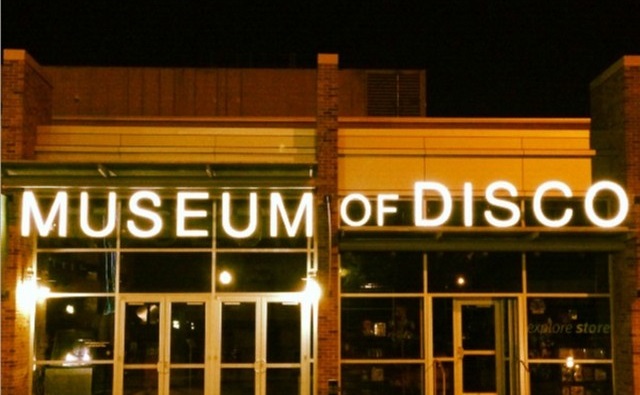 Here it is. Consider it an early Christmas gift.

I don’t think I’ve made a more unusual end-of-year playlist. Hopefully, it is explained at least in part by the liner notes.

Until next year, enjoy the MUSIC! 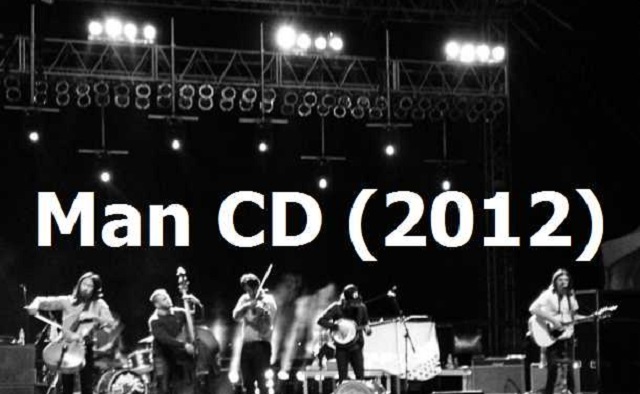 It is that time of year again. Man CD time. Most of you here already know what this is all about. For those of you who don’t, the concept is simple enough. A group of men turn in a song that they enjoyed (the most?) over the past year. The songs are then compiled and arranged, then lo and behold – Man CD.

Ok, that’s about it. HERE is the link to the goods. HERE is a link to a pdf that just has the track listing and who submitted them.

I feel the need to explain my submission. I don’t believe it was anything close to my favorite song, but I did feel that it was an appropriate lead off song for the group of men who put Man CD together. Honestly, the VIDEO is better than the song… sort of. 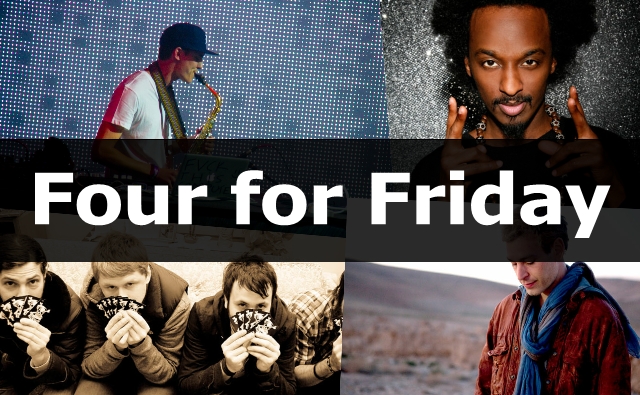 Don’t pretend like you haven’t missed it. I know you have. This is the “live show” edition of Four for Friday. Two of these artists I’ve seen recently. One group I plan to see soon. And it would be great if K’naan came to Little Rock sometime, but I’m not holding my breath. Enjoy.

Matisyahu – Tel Aviv’n // Had the chance to see him about a month ago. Lots of fun!

GRiZ – Smash the Funk // I went with a few friends to see this guy open for Big Gigantic a couple weeks ago. Honestly, one of the most interesting musical performances I’ve ever witnessed. Whether you like it or hate it, as one of my friends said, “this is the direction music is heading.” Yup.

Bear Colony – Flask Retort // They’ll be at the Rev Room in about a week. 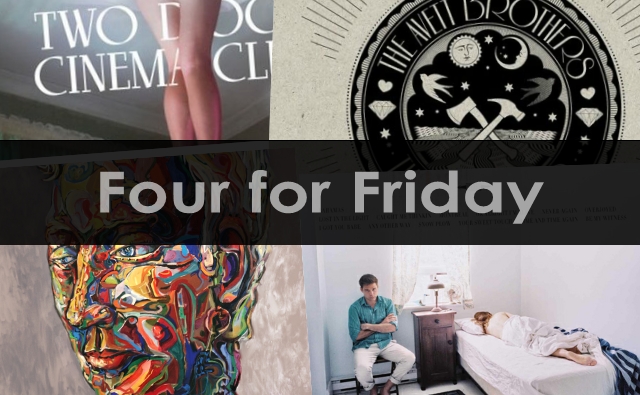 I’m not sure what you have done over the past few months without “Four for Friday” to scratch that music itch. I’m trying out Soundcloud. If you hate the Soundcloud format, let me know and I might change it.

This week’s installment of Four for Friday is all videos. As is becoming more and more my custom – minimal comments, just the goods.

In the words of Ian Cron, “How are humans not extinct?