Back with more of 2010’s best reading.  If you thought the last recommendation was sort of Bible-nerdy, then you may just want to wait until my next post…  Best Emotional PoMo Emergent Touchy Feely True to Self Read.  In the world of theology (which, admittedly, is a pretty small world), there has been a storm brewing over the topic of Justification.  This isn’t really the time or place to wade into the details, but if you want a very quick primer on what the debate is all about, you can try this.

Anyway, two high profile Christian leader/theologians have entered the fray.  In one corner, we have the energetic Christian hedonist from Minneapolis, Minnesota… Johnnnn Pipperr. 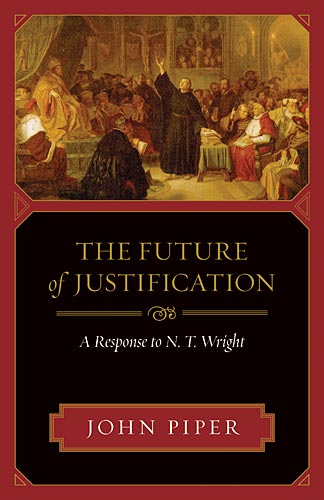 Squaring off with him is the agreeable and prolific bishop from across the pond…  the Right Reverend Tommm Wriiiight. 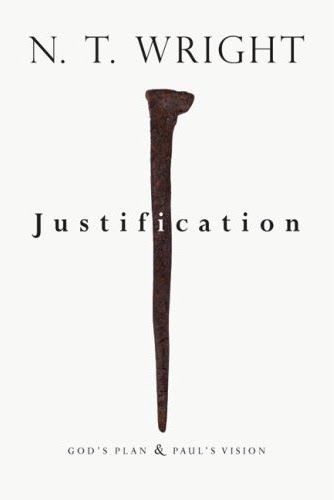 And here’s how the match went down.  Piper was taking Wright to task for going soft on justification.  His feeling was that Wright was wrong (I could keep ’em coming all day long) to depart from the understanding of justification as defined by the Reformers and much of Protestant Christianity since then.  Piper’s book, The Future of Justification, was well thought through, clearly articulated, and classically Piper.  Wright’s (sort-of) response was the creatively titled, Justification, in which he re-articulated his view that many have and probably still do find more than a little confusing.

I’ve read both and here’s how I understand what’s being said.  Wright isn’t denying the historically held doctrine of “justification by faith.”  He’s saying that Paul had a larger understanding of what that means than simply “we are forgiven sinners” (as glorious as that truth is).  He wants to push against the widely held notion, particularly within the church in the West, that Christianity is basically about how an individual gets right with God.

Ok, well it goes on and on.  Watching this debate unfold is a bit like watching ships firing past each other.  Neither right on target and neither really quite sure where the other is coming from.

Which is why I think possibly the best book I’ve read recently on the subject of justification comes from a third player…  the witty academic from down under…  Michaellll Biirrd.

His book, The Saving Righteousness of God, looks to chart a third way that takes the best of both and marry them together in the idea of “incorporated righteousness.”

I don’t pretend to think that anyone reading this blog is going to be even a little bit tempted to read any of the three books mentioned here, but they are the things with which current and future Christian leaders are wrestling.  Most theological debates come and go, but this one centers on a aspect of Christian belief that lies at the core of the way “faith” works.