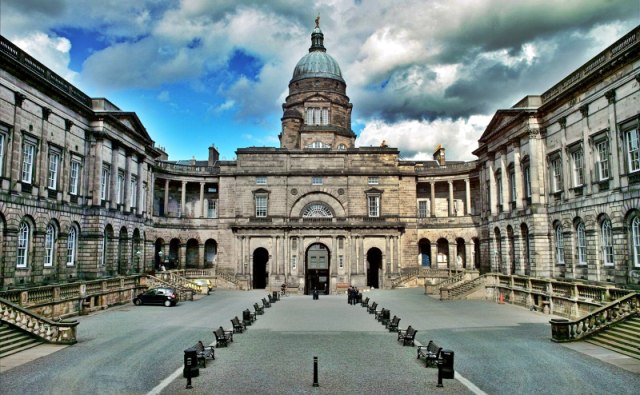 Have you ever noticed how pursuing one dream can give rise to about a half-dozen others? How reaching one summit provides the opportunity to set your sights (and those of others) on three or four more? This inherent desire for “more” rides a fine line between an unhealthy appetite fueled by malcontent and a (hopefully) more admirable passion to do as much as possible to benefit the world. I’m pretty sure I have no idea where that boundary is and your guess is as good as mine which side I’m on at any given point in time.

Case in point, it only took a couple of days for the initial surprise and excitement of being admitted into Aberdeen and Edinburgh to wear off. When it did, I pretty quickly turned to the following inner dialogue. “Ok, so now what? So you made it into two highly respected schools for theology. What’s the big deal? So you go get a fancy degree. Big whoop.”

Why do we do this to ourselves? What is it inside of us that causes us to denigrate and belittle most anything we accomplish in life? Or maybe it is just me and my own particular brand of neuroses. I could get elected president and still ask myself the question, “Is that all you’ve got?” My need for therapy is duly noted.

It won’t come as a surprise then that my one-time dream of studying at the highest level in one of the world’s finest schools already looks a bit shabby. Don’t get me wrong. I’m still planning to go. And I still think the work I hope to do is much needed for both the Academy and the Church. I truly believe that solid Christian scholarship (in any field) is one of the many ways a person can be faithful to their calling.

However, I’m coming to the realization that our purpose in going to Scotland can hardly be for the education alone. Even less so for the cross-cultural experience my family will have. Certainly not for the oft maligned haggis. No, it seems much more likely that what is waiting for us in the UK is ministry – in the fullest sense of the word. It would be difficult to imagine a life there in which my twenty-plus years of working with a wide range of people in various kinds of ministry settings didn’t somehow come into play. People are people no matter where they are, and my guess is that people in Scotland have similar spiritual needs to those in the good ole US of A.

I even have a few ideas of what I would like to see happen over there. In the last year or so, through a number of converging influences, I’ve been challenged to rethink the importance of discipleship. You wouldn’t think that this should be much of a paradigm shift for a pastor, but the truth is that despite our best efforts at ‘ministry,’ sometimes discipleship ends up being a happy by-product and not the main thing. Or perhaps a better way of saying it is that the methods most churches go about ‘discipling’ people (sermons and Sunday school/small groups) are only partially effective. They are necessary and important, but it is misguided to think that simply preaching and teaching results in discipleship.

With this in mind, I have high hopes of discipling a handful of people during our time in Scotland. Sounds strange to say that. Counter-intuitive even. Normally, people like me would want to reach the masses. But what if instead of teaching and preaching to a few hundred people with marginal results, I was able to have a deep and lasting impact on 3-12 people. What if the legacy I was able to leave in Scotland was a dozen people committed to a life-time of disciple-making? Jesus had three years of public ministry. I’ll be working with a similar time-frame. He had a deep impact on a dozen. He showed what could happen when a comparatively small group of people have their lives turned upside down by him. Let’s be clear, I’m no Jesus. Not by a long shot. But that shouldn’t necessarily keep one from adopting a similar approach. Like I said, I’ve got a few ideas about what this could look like, but in many ways it is going to have to be one of those ‘wait and see’ kind of things.

Ok, well I’ve pretty much brought you up to speed on everything I know of the story right now. Everything that is, save one. The next step in the journey isn’t going to be a solo endeavor. It won’t even be a Chino thing. I’ve said it before, but it bears repeating. What has happened in my life has been the result of people showing up at just the right time and place with exactly the kind support and encouragement that was needed. If this dream is going to become reality, it will result from the community of God’s people wanting it to happen. There is a near crippling sense of embarrassment that comes from having to be so openly dependent on others.

I suppose that this is exactly as it should be. If it was a dream that I could accomplish on my own, then it would most certainly be too small a dream. My sense is that the dreams really worth accomplishing are those that can’t be done solo. My coming to this realization over the last few years has been a long and often painful process. However, I can finally and truthfully say, I wouldn’t have it any other way.

One Reply to “dreams revisited”