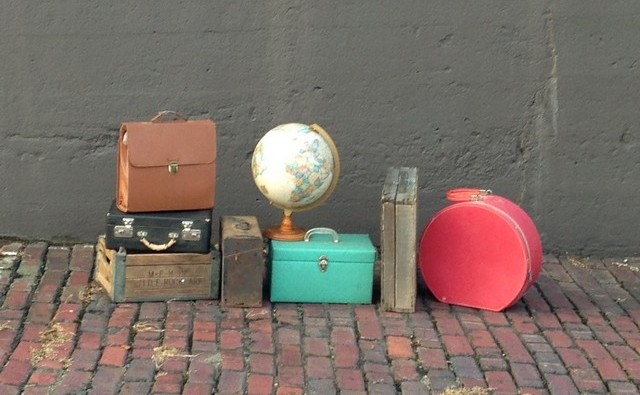 I leave for Scotland in one week. One week. With seven days left in the country, one would think that we’re pretty well packed up and ready to go. Nothing could be further from the truth. It is has been a while since I’ve shared anything about the BIG MOVE, so we are somewhat overdue for an update.

If you had asked me two months ago where I thought the Chinos were headed, I would have guessed that we were Edinburgh-bound. Then one morning, I received an email from my would-be supervisor that he was leaving Edinburgh to teach at a different university. As providence would have it, that different university was Aberdeen – the other university to which I had been admitted. At doctoral level studies, the most important factor for deciding where to study is who you will be studying under. The faculty at both schools is naturally first-rate, but Aberdeen was beginning to look more suited for my particular areas of interest (doctrine of Scripture / Karl Barth).

So with a new goal in sight, work towards getting ourselves there began in earnest. I won’t bore you with all the details, but trying to get a visa to study in the UK was nearly as challenging as getting admitted to either PhD program. Application forms, application fees, bank statements, academic credentials, lots of driving to and from Ft. Smith for biometics (finger prints, photographs, background checks), birth certificates, marriage license, lots of FedEx, which of course means even more money.

Then Friday morning, I received six emails from the British consulate in New York informing me that the visas were in the mail. I immediately proceeded to book the reservations that we have been sitting on for a week while we waited to get word on our visas. From beginning to end, the whole visa process took nearly two months. A small miracle in the midst of all this is that the tickets ended up costing less than half what I was expecting to have to pay. I’ve priced other similar tickets around the same time and even a few months out, and they are all twice as much. God continues to be in the details.

Meanwhile, last Sunday was bittersweet in the truest sense of the word. In the morning, I preached my last message at Fellowship North for at least three years. That evening there was a “Celebrating the Chinos” service that I can’t even type about without a little lump coming to my throat. I’ll have more to say about church and this service, but for now I’ll just say that it was all that something like that should be. Bagpipes and kilt included.

We continue to ride a wonderful wave of providential faithfulness, and there are still plenty of ways for God to show up in the next seven days. We still have a house that we would have liked to sell, but now is looking more like we’ll need to rent. My beloved Pathfinder also needs to find a new home.

And then there is the not-so-small issue of our finances. Many people have stepped forward to help with various one-time costs and monthly assistance, however we would still welcome anyone who would like to be a part of the team that is sending us. Clicking the “give” button takes you to a page where you can designate giving to us by choosing “Scotland” in the menu of choices.

The next time I get a chance to post here, I’ll be doing so from Aberdeen. One other thing, if you would like to receive our monthly newsletter while we are abroad, CLICK HERE and take a minute to fill out the form.

See you on the other side!

One Reply to “numbered days”